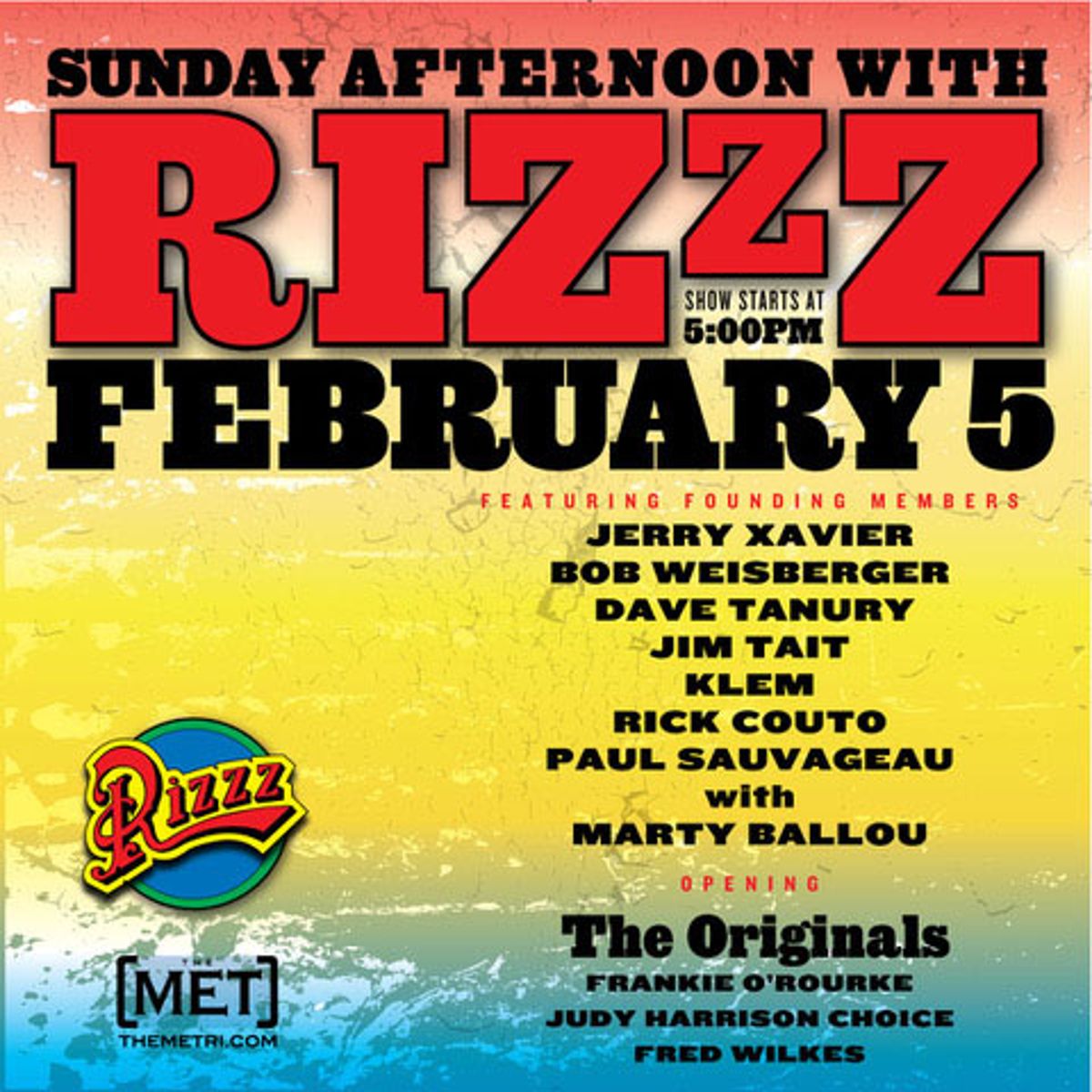 RHODE ISLAND HALL OF FAME BAND RIZZZ MAKES RARE APPEARANCE AT THE MET ON FEBRUARY 5
It’s all about versatility. Keeping an audience interested through decades of music-making is much easier if you get the big picture. Wait a sec – better make that pictures. RIZZZ has always had a broad vision for what it wanted to be, and that vision was always bolstered by its sizable talent pool. Skilled guitarists, charismatic singers, keyboards and horns – each time out the band generates plenty of choices as to possible directions, as well as a big dash of adventure when it comes time to call audibles, which they do a lot. That’s how they racked up such dedicated fans. From their mid-70s dominance on the RI club scene to their wonderfully received reunion gigs in the past few years, the audience arrives to see which tack RIZZZ is going to take this ’round – roots, funk, jazz, and jamming are always part of the menu. For this Pawtucket show, the band features guitarists Dave Tanury and Jim Tait,( playing together for the first time since 2017) pianist Jerry Xavier, organist Paul Sauvageau,  drummer Rick Couto, and saxophonists Bob Weisberger and Klem Klimek. Local legend Marty Ballou joins in on bass. Several members keep busy playing with other area outfits, including Brass Attack, Mark Cutler’s Men of Great Courage, D’Vottes, Violin River, and NRBQ – call ’em a gaggle of creatives who just can’t stop making music. The guys have all spent plenty of time on the Met stage, so this show is bound to be a blast for longtime RIZZZ heads and new listeners alike.
Featuring Founding Members:
Jerry Xavier, Bob Weisberger, Dave Tanury,
Jim Tait, Klem, Rick Couto, Paul Sauvageau
with Marty Ballou